Larry Douglass Reid, was born November 20,1948 in the city of Detroit, Michigan. He was raised up an around the Pentecostal churches of the Apostolic Faith. He is the first of ten children born to John and Mary Reid. He finished high school and worked at the Ford Motor Company for 39 years, until his retirement in March 2007. Larry was very persistant in his pursuit for higher learning and completed his Bachlors Degree at the age of 57. He received the gift of the Holy Ghost in 1975 and was called ministry in 1979. He learned most of his understanding of the Bible, according to Sound Doctrine from the late Bishop David Sibley. His life work is to present the Sound Doctrine teaching to the now and last day saints of God. This writing is a sort of eye opener for the people of God, in hopes of finding the true and only way that the Bible in teaching holiness and to bring about unity in the church. There are many things going on in the Churches, which must be addressed and it is the job of the last day ministers to find correction. 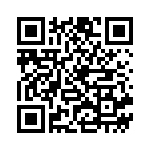